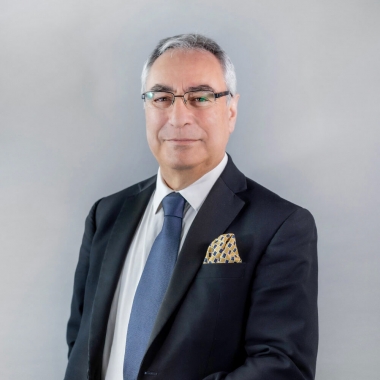 Mr Pirilides is the Founder and Managing Partner of N. Pirilides & Associates LLC which he established in 1983. He is a leading and highly distinguished advocate of exceptional quality, and a pre-eminent authority in Cyprus law.

He was born in Limassol in 1956. He studied Law at the University of Athens and obtained his LL.M degree from the University College of London (UCL), with specialization in Constitutional and European Law in 1980. He is a member of the Cyprus Bar Association since 1981.

By reason of his one-man show era during his early years, he gained notable experience in most areas of law, ranging from highly complex Corporate and Commercial matters to various Private Client issues. His successful career spans almost 40 years with a spherical involvement in multiple legal fields, consisting of disputes ranging from local and cross-border Corporate & Commercial Litigation, Interim Relief, Fraud & Asset Recovery, Arbitration, Torts, Breaches of Contract, Joint Ventures, Mergers & Acquisitions, Insolvency and Intellectual Property. He has been acting for and against most of the major corporations and financial institutions in Cyprus and established several precedents throughout the years. He is very well-known for Banking & Finance matters and a preferred negotiating figure on high-value and sensitive cases.

Despite his wealth of litigation experience, Mr Pirilides has also acquired a signature touch and a particular know-how in the drafting of agreements. His agreements have been recognised as “litigation-proof” and often act as the key solutions in big transactions.

With his charismatic nature, as an excellent performer in Court and as a well-rounded, strategic advisor, Mr Pirilides is a top-tier advocate in Cyprus and beyond.

Cyprus, due to its attractive tax regime, coupled with its EU Member status, its implementation of the Markets in Financial Instruments Directive (MiFid ...