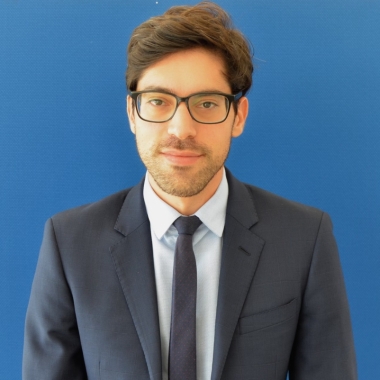 Tefkros is a Senior Associate in the Litigation & Dispute Resolution Department of N. Pirilides & Associates LLC.

Tefkros displays zest and enthusiasm for the practice of the law in the field of litigation, handling compound matters undertaken by the Firm, which include both corporate litigation and international trade as well as the more ordinary and everyday human issues requiring legal advice. He has a strong ability on offering robust industry expertise in areas such as renewables and alternative energy & natural resources, telecom and construction.

Tefkros regularly appears before the Cyprus courts, often engaged in hearings on the merits but also in interlocutory proceedings involving all sort of injunctions’ applications, in claims arising out of, inter alia, breaches of contract, breaches of trust and fiduciary duties, shareholder disputes and fraud.

Tefkros was admitted to the degree of Bachelor of Laws from the Aristotle University of Thessaloniki, Greece in 2012. He completed his pupillage at the Attorney’s General Office, gaining valuable experience in Court making numerous appearances (in both civil and criminal matters), at the end of which he was called to the Cyprus Bar in 2013. He then continued his legal studies in the UK where he completed the Graduate Diploma of Law (GDL) in September 2014 at Sheffield University and the Bar Professional Training Course (BPTC) in July 2015 at BBP Law School, London Holborn and was called to the Bar of England and Wales by the Honourable Society of Gray's Inn. Further he gained his accreditation in the UK as a Civil Mediator. Following his legal studies he was chosen as “Blue Book Trainee” by the European Commission and specifically by DG Grow where he did his 5-month internship. In May 2016 he joined the Firm.

In his time in the UK he participated in several mooting and debating workshops and competitions having won the debating Competition of Sheffield’s Bar Society. In pursuance of his debating passion, Tefkros has taught debating in schools and prisons in London through a pro-bono project organised by Gray’s Inn. His experience and knowledge of continental, European and common law have equipped him with the tools to handle cases in various spheres of law in the quasi-legal system of Cyprus as well as multijurisdictional issues.